A Voice of Conscience

Few Americans have been as supportive of the science of ecology, and the broad ecological movement, as Charley Harper. The list of causes he supported though his art are numerous. And, many are international, not at all parochial. He realized that we humans suffer a common fate and that ecological concerns truly know no borders. His “Wings of the World” brings into perspective that nature does not respect national borders and that all humankind has a stake in preserving our collective environment. 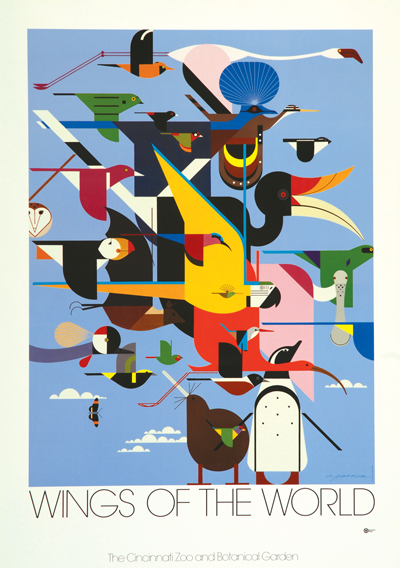 My own awareness of Charley’s ecological works, indeed he himself as an artist, began while trekking in the Monteverde Cloud Forest Preserve, in Costa Rica. There, in the little gift shop at the entrance to the preserve, was his poster extolling the beauty and diversity of the cloud forest, through the Cloud Forest School Foundation. To this day, it is my favorite piece of his, for its beauty and its reminder that the world’s rain forests are treasures to be protected and preserved. 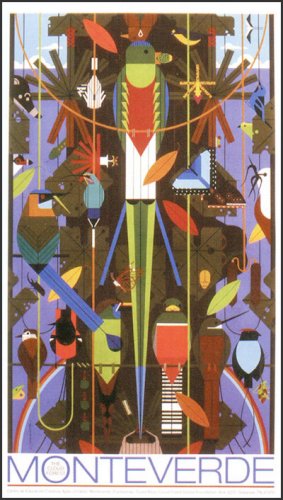 Of course, his U.S. National Parks Posters are equally as impressive and celebratory of these national treasures. Whether it is the Hawaii Volcanoes National Park, Isle Royale National Park, the Sierra Range, Rocky Mountains, or his fabulous Glacier Bay poster, Charley had a masterful vision and way of capturing the essence of each park’s signature features, reminding us of the richness of landscapes and flora/fauna we have in this expansive country. 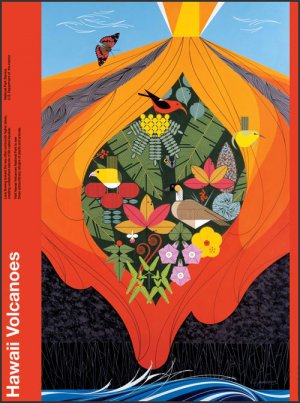 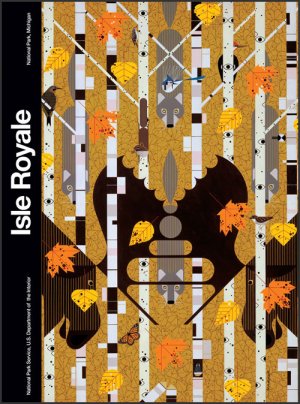 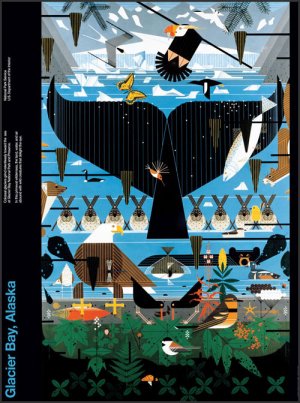 Global Warming, a topic of intense debate, found a resounding voice and alarm cry in Charley’s art. Two works stand out. A privately published serigraph, ‘Scary Scenario’ portrays the plight of the Polar Bear as its crucial sea ice habitat and hunting grounds are disappearing at an alarming rate. 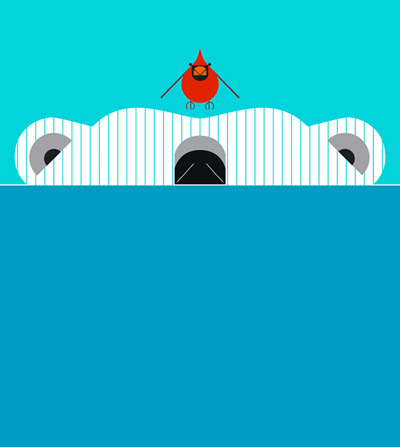 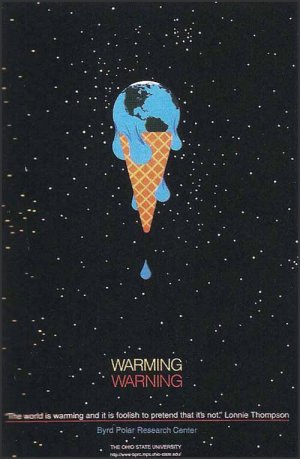 The plight of migratory birds, and their precipitous decline, is enshrined in the quintessential Harper image, “Mystery of the Missing Migrants”, hearkening back to the warnings in Rachel Carson’s “Silent Spring.” 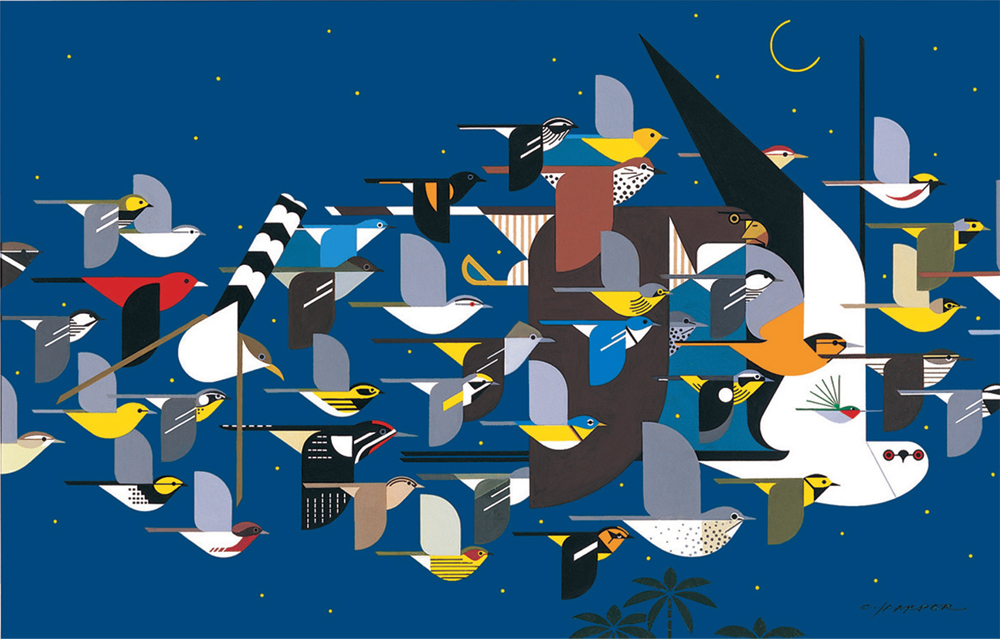 Neotropical migrants are truly Canaries in the coal mine of our modern world, signaling changes in our environment, which happens to be cohabited by these biannual migrating birds. Charley drew attention to these important harbingers of ecological health and provided a constant reminder of this through his lasting images.

Biodiversity, as an ecological issue, is showcased in his print “Biodiversity in the ‘Burbs”, prepared for the Society for Ecological Restoration (SER). In 1996, Charley prepared “Biodiversity in the ‘Burbs” as a limited edition print, for release in conjunction with the 8th annual meeting of the SER, at Rutgers University, New Jersey. This important work celebrates the concept of ecology in the urban landscape through a marvelous visual collage of natural flora and fauna embedded in a landscape that we call home. Urban ecology explores our close relationship with nature, and Charley created an intricate art work to express this connection. 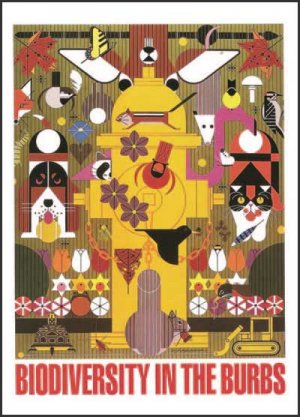 Charley’s “Tree of Life” carries this concept forward to elaborate the connectedness of all life in an interdependent network of organisms upon earth. 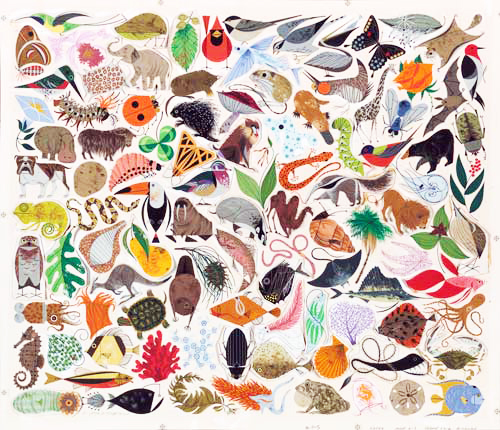 One of our country’s success stories is the recovery of populations of Bald Eagles due to the regulation of DDT and other ecological detractors. This national bird was in severe decline as a result of the ecological impacts of the uncontrolled use of the pesticide DDT, until the causal effects on bird reproduction were realized and mitigated. Charley’s “Eagological Event” memorializes that situation. 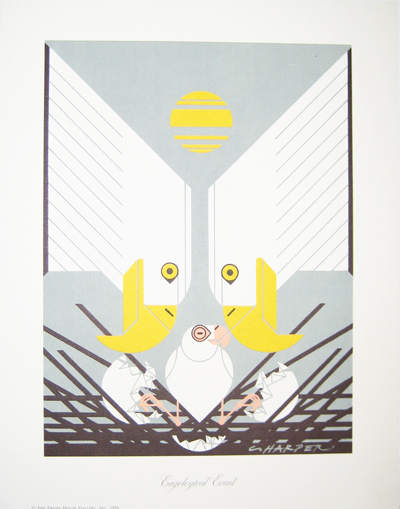 We could go on and cite Charley’s work related to the slaughter of baby Harp seals, water ecology, oft overlooked ecosystems such as the Arctic, and his expansive support of local parks and their positive ecological impacts. The list is impressive. But, I think we have made a point – that there are few who have been so ardent and staunch supporters of the ecological movement in the United States. Charley had a unique podium, his canvases, which he used to great positive effect in raising our collective conscience to (perhaps one day) a level on par with his own. His passion for the environment comes shining through in his artistic celebration of fish, fowl, insects and the niches they cohabit (with humans) in this modern world. His efforts are captured well in the phrase, “Think globally, Act Locally.”