The following article was contributed by Jim Hughes and first appeared in his excellent blog, found here: https://codex99.com/archive.html 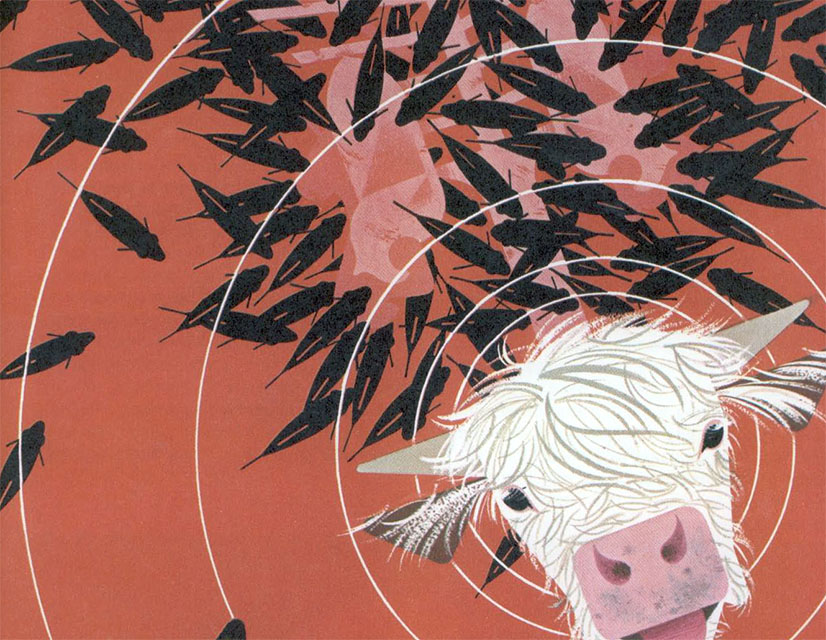 The book, a middle-school level introduction to zoology, allowed Charley to concentrate his efforts solely on animals. His hundreds of gouache paintings covered everything from insects to reptiles to fish to mammals. Pretty much, as the title would imply, the entire animal kingdom. It was in many ways an even more ambitious commission than the Golden Book of Biology (which we’ve covered here). 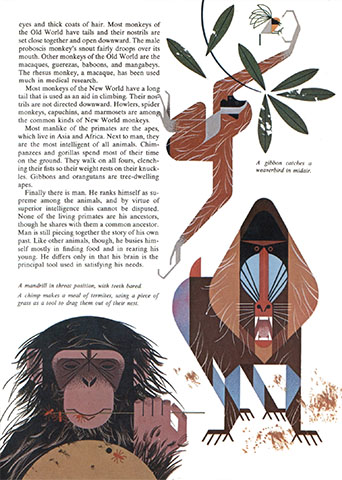 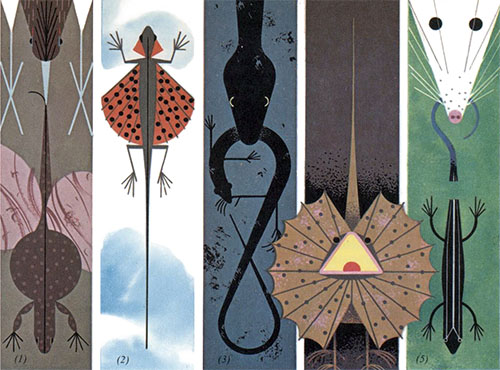 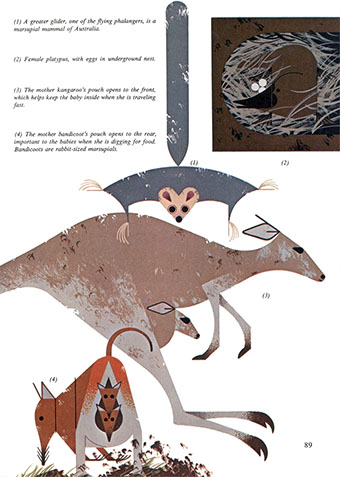 Charley’s work has always been rather light-hearted and humorous, but in The Animal Kingdom he reveals perhaps the true extent of his dark and macabre sense of humor. A substantial portion of his illustrations show animals fighting, killing and eating each other. The brutality of the wild has never been so wonderfully depicted. 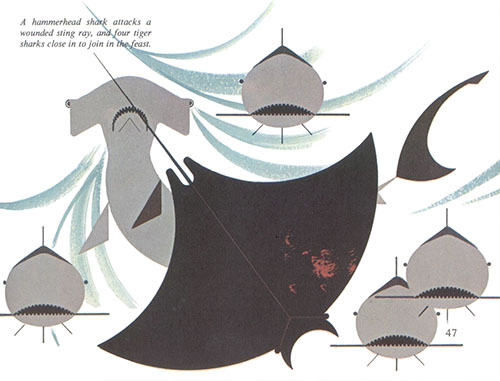 “Battles between the squid and the sperm whale are awesome sights” 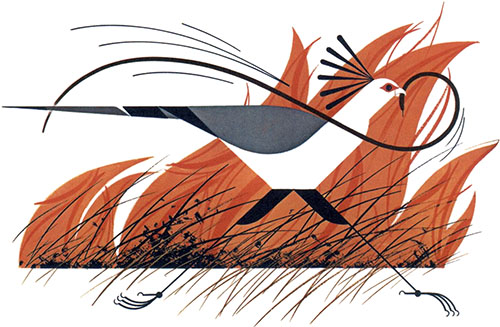 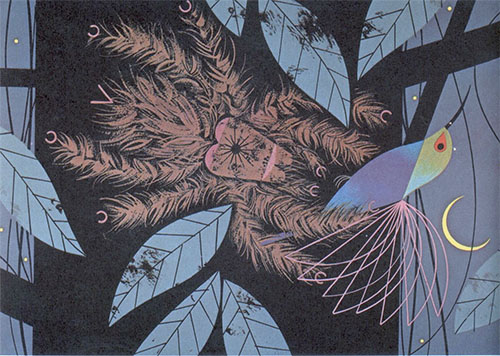 “A hummingbird becomes a tarantula’s victim” 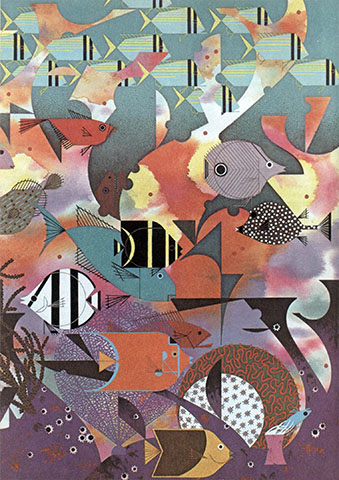 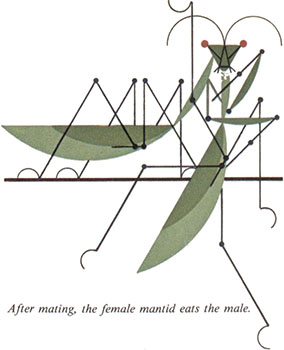 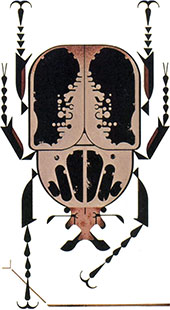 Although Charley would continue with limited commercial freelance work throughout the 1970s and 80s, notably for the Ford Times, the Sohioan, Ranger Rick and Procter and Gamble’s Moonbeams, he would never again accept another commission like The Animal Kingdom. Beginning in 1968 and continuing for the rest of his career the focus of his talents and energies became limited edition fine-art serigraphs.

1. All of the images shown here are courtesy of Terry Wright at chharp.staging.objectiv.co. Terry’s site is a treasure trove of information about Charley and his art.

2. Fichter, George. The Animal Kingdom – an Introduction to the Major Groups of Animals. New York: Golden Press, 1968. The book went through at least (and maybe only) two printings and is available with two covers, one with black text and one with red text: 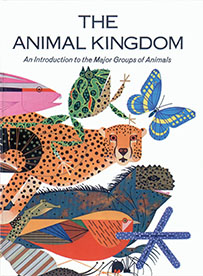 Here is Charley’s alternate study for the cover: 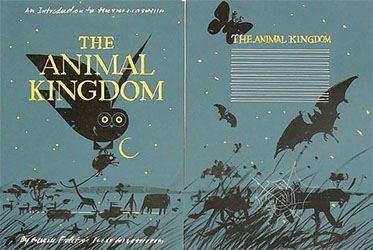