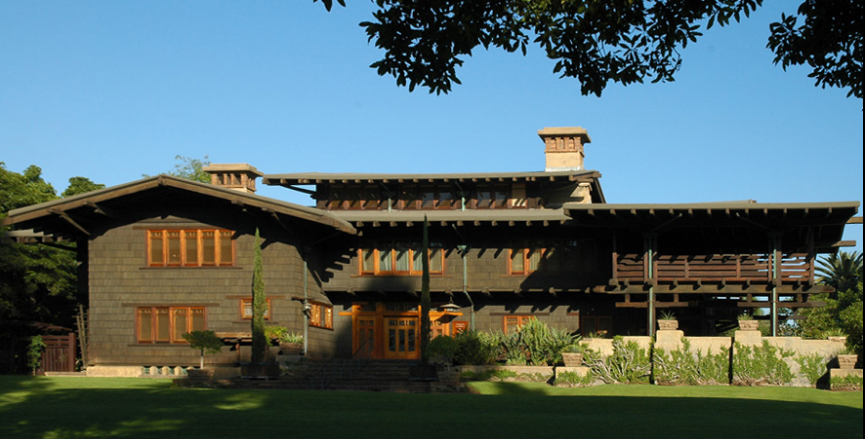 There is a lot of modern homes that people have found these days and enjoyed using them for their own living spaces. But while many people think of modern homes as something that have been built more recently, there are many that were built a lot longer ago. . Below are nine of the most famous mid-century modern homes.

The Gamble House was built in 1908 in Pasadena, California and it’s a masterpiece of the famous Greene brothers. The brothers have a synthesis of means and styles – art nouveau, bungalows, and many others to create this book. A lot of people are familiar with the house since its exterior was in Back to the Future. However, it should be known by everybody because of its beautiful wood architecture, both outside and inside. 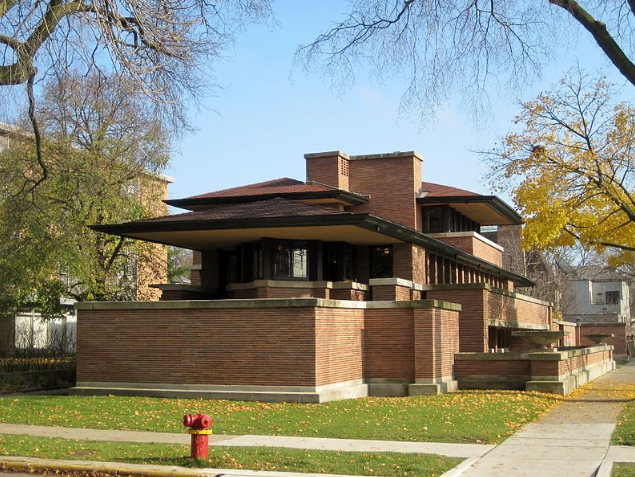 The Frederick C. Robie House was built in 1909 and it is the amazing work of Frank Lloyd Wright. Found in Chicago, this house is his highest point of his popular Prairie style, which started back in the 1890s and which was abandoned when he started his Osonian designs. This low-slung houses embodies his style perfectly, showing off the horizontal relationship that his organic architecture has between landscape and house.

Gerrit Rietveld’s Schröder House is found in Utrecht, Netherlands, and it resembles a painting that has come alive. This house is anything but traditional, and there are plenty of planes, color splashes, and lines. The traits apply also to the furniture Rietveld designed. 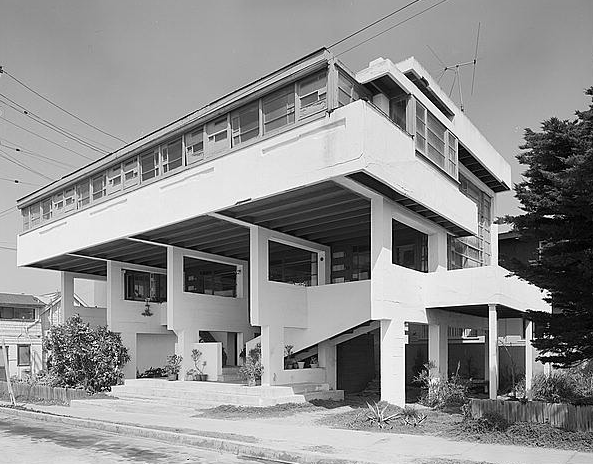 The Lovell Beach House was built in 1926 in Newport Beach and was designed by Rudolph M. Schindler for Philip Lovell. Mr. Lovell loved modern architecture, and this house was raised upon five columns so that ocean views were gained over the neighboring buildings. Its bravado structure responds also to the seismic considerations, surviving an earthquake just five years post-completion. This same earthquake destroyed a school nearby. Schindler previous worked for the esteemed Frank Lloyd Wright, and his influence can be seen in some of the details. However, the architect also crafted a modern style that was all his own. 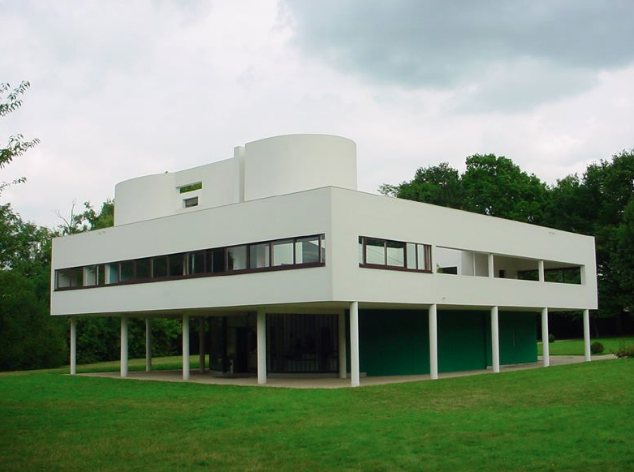 Villa Savoye was built in 1931 and designed by Le Corbusier. Found in Poissy, France, this beautiful weekend house is found near France and was built for Emilie and Pierre Savoye. It’s become an iconic example of modern architecture, whether residential or commercial. . It includes perfectly the five points Le Corbusier developed – raising up the building on slender columns, ribbon windows, a floor plan that is open, a façade independent of its structural system, and a garden on the roof. 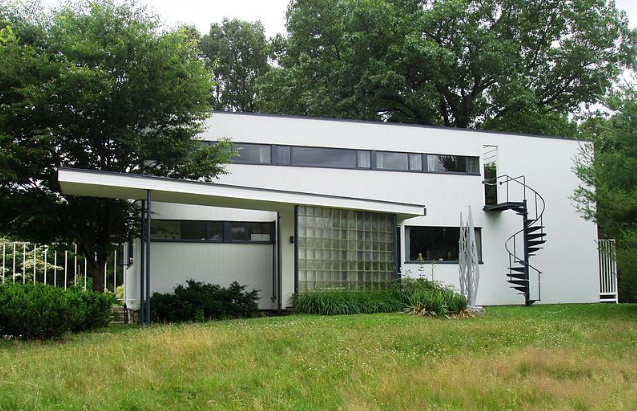 The gorgeous Gropius House was built back in 1937 and was designed by Walter Gropius. It’s found in Lincoln, Massachusetts and it was designed for the Gropius family. Its white surfaces and ribbon windows provide a unique Bauhaus aesthetic beneath can be found strong influences from the region. 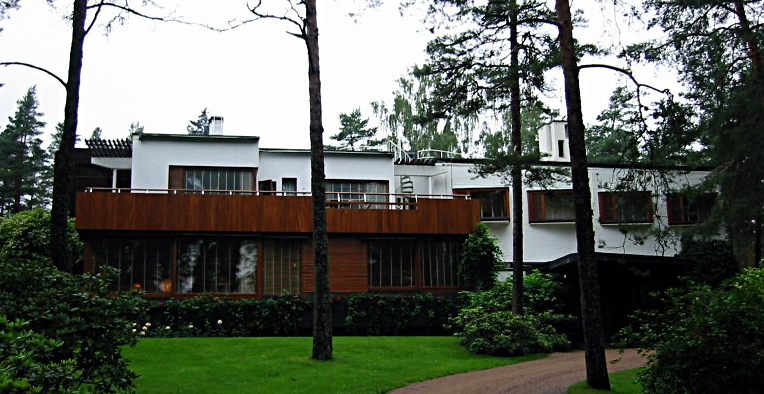 In Noormarkku, Finland you will find the incredible Villa Mairea. Built in 1939, this house was designed by Alvar Aalto for Harry and his wife Maire to use as a summer home. He was inspired by Fallingwater by Frank Lloyd Wright and he wanted to create a design that was both modern and Finnish. The result was a L-shaped, two-story home that has an idiosyncratic design. 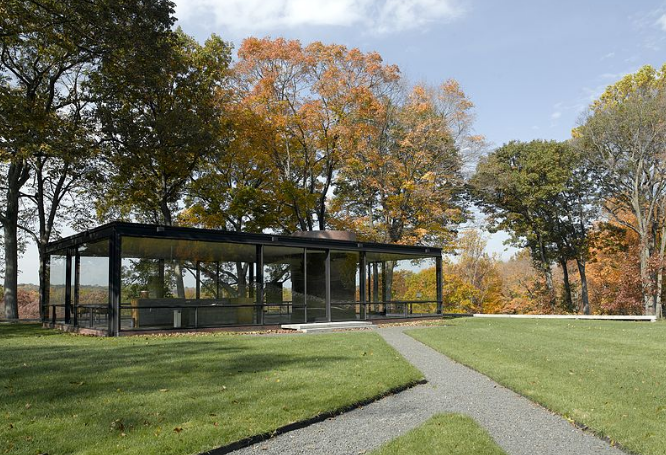 The Glass House was built in 1949 and designed by Philip Johnson. Found in Connecticut, in the town of New Canaan, this house is influenced by the Farnsworth House but it was completed two years prior. 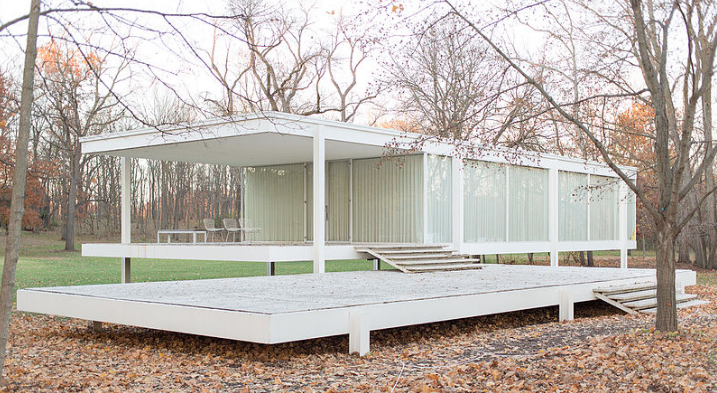 The Farnsworth House was built in 1951 and designed by Ludwig Mies van der Rohe. It is found in Plano, Illinois and it’s next to the scenic Fox River. This house is a raised box made of glass and it actually turned out to be his final residential commission. This happened after a woman named Edith Farnsworth sued the architect she’d hired.

These nine amazing homes by famous architects, many of which you can travel to and visit for yourself. Whether you love history or architecture, or you simply are interested in different homes, wondering at their amazing look is a lot of fun.